The economy of fear is big business in our world. Fear is what sells news, books, horror and apocalyptic movies about the end of the world, insurance, and is a key driver behind much of the health/pharmaceutical industry. Whether it is the Ebola crisis, the stock market and oil prices plummeting, the war against terrorism both in the Middle East and on our shores, global warming and the extinction of species, we are being bombarded with bad news that preys on our worst fears.

This unhealthy diet of bad news is fueling a pandemic of either resigned fatalism on the one hand or radical fanaticism and unrealized triumphalism on the other hand.

light. It seeps into our brains, and our emotions convincing us that it doesn’t matter what we do because this world is going to hell in a hand basket. So we cover our eyes, and hope this is all a bad dream that will go away. We are numbed into inaction. We lose hope and give up. We start to see the world as grey rather as a world full of colour!

Proverbs 13:12 describes it this way: “Unrelenting disappointment leaves you heartsick, but a sudden good break can turn life around.”

Even some of our theology, reflected in the recent end times movie, Left Behind starring Nicolas Cage, feeds into a doom and gloom worldview in which this world is like a sinking, burning ship.  Our only hope is to put on the life jacket of personal salvation to give us hell insurance, and to be our ticket into heaven in the afterlife. The best we can do is huddle in our life boat with a few other chosen folks – the church – waiting for Jesus to come airlift us out of this mess.

Now I am not suggesting that we live in despair, or buy

into the debunked and dying Enlightenment doctrine of truimphalism that promised through science, technology, and the power of humanism everything would get better and better until we reached utopia. Our experiment in hoping that the evolved human race could reach the heights of replacing God and fix all that ails us has not produced the end result we had hoped for. The movie The Dawn of the Planet of the Apes is an interesting commentary on the consequences of our hubris as a human race.

With all of our intellect and innovations, we have not been able to eradicate the heinous evils of genocide and ethnic cleansing, or stop the exploitation of children and women. Our progress and rampant greed has led to the raping and destruction of the natural resources and environment for profit. With all our advances we still have not been able to wipe out diseases such as cancer. These stark realities are humbling.

Fanaticism in religion has not fared any better. We can see daily the ugly fruit of  its various iterations such as: Dominion theology – the belief that we are to rule over all the earth by taking over the power structures of every sector (politics, religion, education, business, entertainment, ect.) of our society and setting up a prototype of God’s physical kingdom on earth …kinda like what Constantine the Roman emperor did in the 4th century when he made Christianity the state religion, or what Calvin tried by being a spiritual dictator and trying to set up a theocracy in Geneva in the 16th century, or ISIS in Iraq and Syria today.

Another expression is the Manifest Destiny theology. We see this especially in the the political and religious right wing camps in North America. This is the belief that we are God’s favourites with His backing to promote and spread our brand of politics and religion. The extremes of the above are found in Fundamentalist theologies that use God to rationalize and justify the use of fear, force, and even violence to enforce their worldview, doctrine, and morality.

These doctrines have not worked, and have even back fired to create more Bad News!

Much of the bad stuff happening out there we can try to hold at arms length. What happens when it hits close to home? This last year we as a family had to live through the sudden bad news that Esther, my wife and mother of our 3 boys, had been diagnosed with breast cancer. When I heard the news it was like someone had punched me in the stomach. Why Esther? Esther is one of the nicest people I know. She eats healthy, has no history of breast cancer in her family, and doesn’t smoke or drink at all. Haven’t we had our fair share of hard stuff happen to us?

The question is not whether we will face bad news, but how do we face the reality of bad news in our lives, and not succumb to negativity, fear, despair, or a fatalistic resignation to simply circle the wagons and hope bad stuff doesn’t happen to us?

The answer is found in the word Hope. What is Hope? How does hope help us walk out being Good News when we experience bad news in our lives? How does hope motivate us to do our part to make this world a better place in the here and now?

My two Heroes of Hope are my wife Esther and Jesus who have been examples of how to live Good News in the midst of bad news. Below are the ways that they have showed me what walking out hope looks like.

1. Hope is letting go of the notion that life is fair. Bad things happen to good people and it simply doesn’t make sense. The sooner we stop trying to figure out all the answers to the ‘Why’ questions the sooner we get on with living life. Esther has not let bitterness creep in to her heart by becoming angry and blaming God. She has not let herself get stuck in the muck of self-pity by focusing on the ‘Why me?’ question. Instead she has accepted the fact that life is full of mystery, and that she wants something beautiful to come out of her journey. She has been honest with the fact that cancer sucks, but she will not let this awful disease rob her of living life with joy.

2. Hope is a posture of alert expectancy for good to come out of the bad! (from the Message Rom 5:5). It is believing for the best and not giving into fear. Hope is first and foremost a choice to be postive even when things look bleak.

My wife Esther has been a living example of this unfailing optimism in how she has walked through the last year of battling cancer. Instead of feeling sorry for herself she has lived every day to the full with an expectancy that she will be healed. Her joy and peace through it all lifted the anxiety and fear that could have settled over our boys.

The Good News is that we believe God has healed her from the cancer through both the health care she received and through the prayers of so many! Today she feels great and the past year seem surreal. Her perspective is that it could have been much worse. She sees her scars as a mark of grace…kinda like a tatoo she didn’t have to pay for! She has a story of hope to share with others of how God can turn the bad around for good.

3. Hope is an attitude of being thankful for every good gift even when you face the bad stuff. Right from the get go Esther has modeled being grateful for the fact that the cancer was caught early (Stage 1), that she had one of the best surgeons in the city, that she didn’t have to have a mastectomy, that she came through radiation with little side effects, and that she is deeply loved by so many. Esther doesn’t seek attention and shies away from the limelight, so it was cool to see her become the center of so much attention and pampering!

4. Hope is an action! We live hope when we do something to make

this world a better place. Every act of service like shoveling your neighbour’s side walk, every smile, every time we recycle, every time we forgive an offence, every moment spent creating something beautiful like a poem, painting, or song, we live hope in action. It is doing our part to be an answer to the problems plaguing our world.

Let’s be advocates for justice by supporting a child from a needy community through World Vision or Compassion, or lobbying our government for tougher laws against child exploitation! Let’s be peace keepers by mediating between two parties in conflict, or by becoming a friend of a person from another part of the world or religion than our own.

Let’s encourage the Next Generation that they have a purpose for being on planet earth. Through their talents and gifts they can make this world a better place by discovering cures to cancer or Ebola, by finding and inventing renewable sources of energy, and by working to eradicate poverty through education, health, food and water, well paying jobs being available for all!

5. Hope is found in the person of Jesus and His promise of a coming Kingdom. The Grand Dream that I wait for, live for, and work for is a day that is coming where every wrong will be made right, where the earth will be renewed in all its beauty and harmony, where there will be peace and reconciliation in every relationship and between every race and religion! A day where there will be no more poverty, sickness, death or tears!  Jesus promises to come and complete His restoration plan for this world. Let it be so and let us live so no matter what we face. 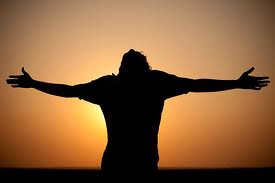 Freedom From All Forms of Slavery

“The freest people I know realize that they really own nothing and no one. They realize that everything they have is on loan! They choose to let go and not hold on to offenses by practicing forgiveness. They are comfortable in their own skin and have no need to prove themselves, or conform to what others would like them to be. Those who are truly free are rooted in the fact that they are loved, accepted, and that they belong. They are free from living a life of fear. Through experiencing the relentless love of God, they are able to give and receive love out of a full reservoir rather than looking to others or to things to fill the black hole. I believe that following Jesus, and His way of life offers us the real freedom to live life fully both now and for eternity!”

Galations 5:1 says “Christ has set us free to live a free life. So take your stand! Never again let anyone put a harness of slavery on you.”

A couple of weeks ago I had the honour of speaking at a camp for 8-15 year olds on the subject of Freedom. Below are the principles I shared with them on the way to live a life of freedom. These principles and practices of walking out a life of freedom are applicable for all of us know matter what age or stage of life. 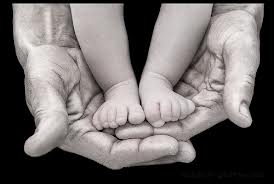 You Are Loved by a Perfect Father!

2. To Be Free We Must Choose to Receive and Extend Forgiveness. (Ephesians 4:32) 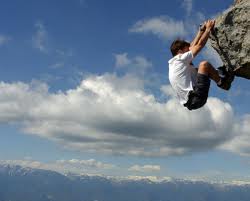 Courage is Overcoming Our Fears 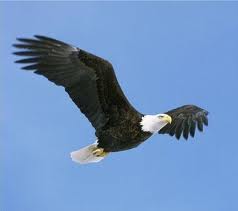