Who do we apprentice?

This is the chicken or the egg question. Which comes first? Does the mentor choose the apprentice, or does the apprentice choose the mentor? The answer is both. Ideally the mentor initiates with the apprentice. Yet in Star Wars the ‘jedi mentor’ Qui Gon Jinn finds his ‘padawan apprentice’ Anakin by accident. Either way, I encourage folks to initiate. Go after what you are looking for, or be what you have never received!

The systemic problem that we have had through the ages is that there are never enough mentors, or as Paul calls them, spiritual moms and dads. In I Cor. 4;15 Paul says, “There are a lot of people around who can’t wait to tell you what you’ve done wrong, but there aren’t many fathers or mothers willing to take the time and effort to help you grow up.”   That means that we need to become what we are looking for. If we wait around for a mentor in our work place or a spiritual mom and dad in the church to apprentice us, we may be waiting a long time and never find what we are looking for. That is why I am so passionate about apprenticing. I am committed to investing in a few people and places for a lifetime.

Healthy apprenticing starts as an organic or relational journey between two people. So often we have an epiphany that we need to disciple or apprentice people, so we quickly default to the implementation of an ‘apprenticing program or system.’  We assign people to one another for mentoring,  recruit people for mentoring classes where we tell people how to mentor, or try to mass produce apprentices through meetings where we dispense information. This is backwards, hard to sustain, and will not produce the desired results.

Another obstacle to apprenticing is that most of us feel like we are not a ‘jedi’ mentor, so we think we don’t have much to offer, no less the confidence to invite a ‘padawan’ into an apprenticing relationship. Yet the truth of the matter is that we don’t have to be an expert or have it all together to apprentice. A good mentor is simply an available friend who is a few steps farther down the road and is willing to pass on the little that he or she has learned.

Many folks have been hurt by overly authoritarian leaders who abused them, or absentee types of leaders who abandoned them, the consequence being a disdain and avoidance of any forms of mentoring or apprenticing. Leading in any fashion is like a rash, and the distrust of leadership is high.

The first step for leaders is to observe where people are already connected to one another in their business, church, or organization. We don’t need to force relationships. In every community, church, or business, there is a tapestry of relationships where people are connected in circles of two or three. It is not hard to spend time with people you like. This is the starting point for developing an apprenticing culture. Here are few questions to help people discover who to mentor or who to be mentored by: 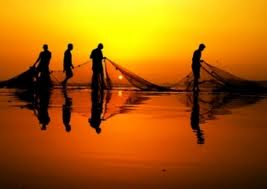 Find a Few to Apprentice in a Way of Life.

Apprenticing is investing in a few people that you love, by passing on what you are passionate about and living a way of life that is caught, and then passed on to others. Real apprenticing starts with God putting some people in your heart or gut – the stomach was the Hebraic understanding of where the heart is. Paul says in Galations 4:19 “My dear children, for whom I am again in the pains of childbirth, until Christ is formed in you.” Apprenticing is a journey of formation, not just giving people information.  Love is what changes people, not first and foremost a program of apprenticing.

Apprenticing is the journey of seeing a person come into maturity in both their character and their calling, and that person then walking with someone else to do likewise. It is a relational yet intentional process. I’ve identified five key practices in the full cycle of a healthy apprenticing relationship, or one could apply this to parenting as well.
How do we apprentice? 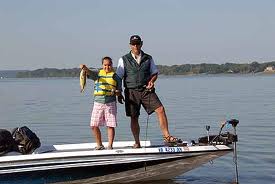 The fun of catching fish together.

I believe the most effective way to apprentice is to have a person shadow you. The ideal would be to have the person live with you or in close proximity, so that he or she can be immersed in a way of life. Most things in life are caught, not a theory that is taught. This is how we apprenticed our spiritual daughter, Trang who came from Vietnam to study at the University of Calgary, with no church or Christian background. She lived with us for four years and became a Jesus follower in our home. She became a part of our family. We had been afraid we might scare her away from Jesus if she saw our imperfections and weaknesses, yet as we tried to live the Jesus way, talk about the Kingdom around the supper table, and then encourage her to welcome some friends to learn about Jesus and His Kingdom, we saw a few of her friends become followers of Jesus, too.  She understood right from the get-go that as a follower of Jesus she was called to be an apprentice that makes apprentices of Jesus. She is now doing this in Sydney, Australia, where she is studying to get a masters degree in Marketing. The outcome of Trang living a life of apprenticing in Sydney is that a simple community of people who are not-yet Jesus followers, new Jesus followers, and a few ‘older’ Jesus followers is forming around her. 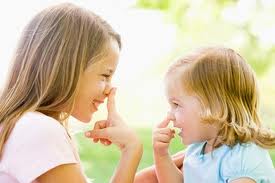