I love my hood of Bowness, and there is no other place I would rather live in our city of Calgary. It is a quircky and eclectic place where the rich and the poor live in close proximity to each other. It is a place of beauty, generosity, and diversity. No two houses look alike, and we have verdant green spaces with tall mature spruce and pine trees!

Truth be told my love for my neighbourhood was not a ‘love at first sight’ kind of deal. To be honest when we first felt the nudge to move here, I fought the idea. Bowness was known in our city as one of the rougher hoods, and a place that you would want to move out of as quick as possible to a safer part of the city. When we moved in there was a biker gang called the Grim Reapers based in the hood with a fortified club house to boot. A few years later the notorious Hell’s Angel’s crew swallowed up the Grim Reapers, and set up shop. There were youth gangs including the Indian Posse, grow ops, drug deals, frequent B & E’s, and folks living on the margins because of urban poverty.

Jesus loves to show up in what we think are some of the most dodgy, dangerous, and dark places!

Bowness in many people’s minds was an undesirable place to live compared to the new burbs popping up around the city that had the outward appearance of looking squeaky clean and safe. I wanted to live close to the university and start a church with young college age kids who were cool and trendy, or plant in the suburbs where there were young middle class families with money, and where I was under the illusion we would be safer.

Somewhat begrudgingly, I moved into the hood with a wheel barrel full of hubris mixed with a smidgen of good intentions. We would swoop in and save this poor and needy place. I had, though I would never vocalize it, some kind of slightly twisted, grandiose Superman complex. I thought God needed me on His dream team to parachute into Bowness like the elite Navy Seals, and rescue it. Instead, my story has been mostly about how my neighbourhood has saved and changed me.

That is not to say that we haven’t had a few things to contribute and offer during our years here, but I can truly say I 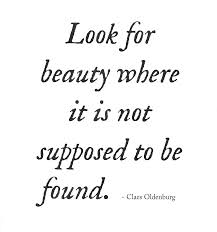 have received far more from my hood than what I have given back in return. Over the years what we have tripped into is an incredible place to live with hidden beauty, outlandish generosity sometimes from people who have very little, and an ongoing story of redemption where out of the ashes, pain, poverty, and brokenness my neighbourhood is being transformed. God has been at work here long before we ever showed up! I’ve simply been invited to go along for the ride, and in so doing I’m being changed and saved.

Here is how I’m being saved by my neigbourhood. Through my time in the hood I’m becoming more human, more humble, and more hopeful! I will share on this journey in a 3 part series of blogs. 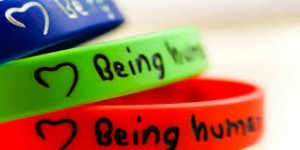 Many of us so called Christians, including yours truly, can tend to be so heavenly minded that we are of no earthly good! We often come across as weird and abnormal for all the wrong reasons. We get caught up with talking about religious stuff in a lingo that not many understand or relate to. We can be so uptight about ‘evangelizing’ people causing folks to be suspicious about our motives for friendship. Many of us are not comfortable being outside the comfort zone of our church turf and circle of friends. We become anxious or withdrawn in settings where we are not in control.

The amazing thing about Jesus was that He was both God and human. This collision of the divine intersecting with our messy humanity is true spirituality, and what makes Jesus so appealing to me. An example of this from the life of Jesus is that his first miracle was not done in a church meeting, but at the normal, human, everyday event of a wedding where they ran out of wine. He took water and changed it into wine, and I dare say that it was alcoholic, though some may disagree with me. I wonder if some of the folks by this time in the wedding party were not already a bit tipsy! How much more human can you get! When was the last time you were at a wedding, and they ran out of wine or beer and a follower of Jesus turned some water into beer or wine…just sayin!

My interests and hobbies that people can relate to, and that would connect me to folk inside and outside the church

were squeezed out of my life by what I thought were higher priorities. I thought that these normal activities of life were not quite as important, or spiritual as prayer meetings, church services, and organizing programs to keep people coming to church. I had become abnormal.

In the last 10 years, I have gotten back to coaching my son’s hockey and soccer teams, back to hunting and fishing, and back to being normal. Re-connecting with these very earthy and human activities has brought me such joy, fulfillment, new friendships, and a better understanding of who Jesus is, and where He would show up.

Where my thinking and action has changed is that Jesus is present at hockey or soccer game as He is in a church meeting. 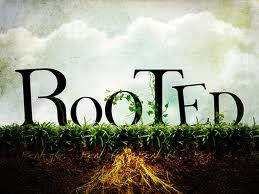 Another aspect of becoming more human is to be rooted in a place. As a missionary kid who gets wander lust every 3 months, to stay put in one place for so long is really foreign. Living out the daily, and at times overwhelming, mundane routines of driving kids to school, owning a house, paying a mortgage, mowing a lawn, and shuttling kids to sporting events on week nights and weekends is where most people are living. Walking out the reality of Jesus showing up in these daily experiences makes me more relatable, and gives me more credibility than all the grand stories of my international travels.

If I don’t live and experience hospitality, vulnerability, sharing, conflict resolution, pain through loss, hope, forgiveness, reconciliation, and redemption in my hood on a regular basis in the rhythms of normal life, then my message has no meaning for life in the now. I end up telling 10 year old stories of my encounter with Jesus and His Kingdom breaking in, but have no fresh stories of how Jesus has shown up in my life and neighbourhood in the last week.

I have the privilege of traveling and speaking a little bit in different places about neighbouring, community, and mission. The temptation is to get on the circuit and not be present and involved at home. Thus I have to say no to some really good things and opportunities so that I stay grounded and real. It’s a juggle sometimes. I don’t want to be a disconnected itinerant speaker with an intergalactic vision traveling the world, yet to busy zooming in and out to walk out these ideas in my own backyard! I don’t want to wait till after I die to experience life to the full in the here and now!

Today I’m a more rooted, healthy, and real person for all the hours of simply being present with these friends in the hood doing the things that I love!

Stayed tuned for part 2 as I share on how my neighbourhood as helped me become more humble.