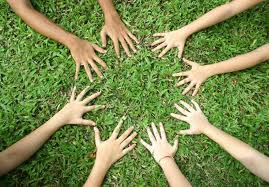 I want to start part 2 of my blogs on movements by sharing the story of a global movement against the injustice of slave labor in the Congo that occurred in the latter part of the 1800’s. This is a story that very few people have heard of, and is still part of the story of what is going on in Central Africa today.  To go forward we must look back. That is why studying history is so important.

Though this movement was ignited by a catalyst named Edmund Morel, he was only one of many brave souls, including a black journalist and historian named George Washington Williams and another black American named William Sheppard, who spoke out against the evil of slave labor in the Congo. Movements always start with a few catalysts and champions who are willing to sacrifice for the cause.

King Leopold II, the King of Belgium, desperately wanted to have a colony just like the British and the French. Because Belgium was not a big or powerful country, Leopold used guile and deception to colonize the Congo. Ostensibly, his motives appeared to be philanthropic. He claimed to be putting a stop to the slave trade and to be helping the people by welcoming in missionaries and investing in the infrastructure. Yet in reality, King Leopold was driven by greed and ego. He wanted to be seen as an important player in the eyes of the colonizing countries. He wanted a piece of the action in Africa, including the pillaging of Africa’s natural resources and people. It is estimated that between 5 to 8 million lives were lost through slavery in the Congo itself.

After observing the plunder of rubber and ivory coming off the ships in Antwerp, Edmund made the bold move of blowing the whistle on the egregious atrocities that King Leopold II and his minions were committing in the Congo. Below is a quote from the book King Leopold’s Ghost by Adam Hochschild, that tells the story of how this one man gave his life to start and sustain a global movement against the injustice of slave labor in Africa. 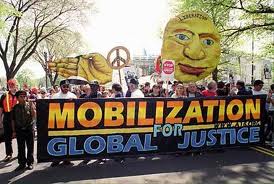 The Power of Global Movements to Mobilize

Brought face to face with evil, Morel does not turn away. Instead, what he sees determines the course of his life and the course of an extraordinary movement, the first great international human rights movement of the twentieth century. Seldom has one human being – impassioned, eloquent, blessed with brilliant organizational skills and nearly superhuman energy – managed almost single-handedly to put one subject on the world’s front pages for more than a decade. Only a few years after standing on the docks of Antwerp, Edmund Morel would be at the White House, insisting to President Theodore Roosevelt that the United States has a special responsibility to do something about the Congo. He would organize delegations to the British Foreign Office. He would mobilize everyone from Booker T. Washington to Anatole France to the Archbishop of Canterbury to join his cause. More than two hundred mass meetings to protest slave labor in the Congo would be held across the United States. A larger number of gatherings in England – nearly three hundred a year at the crusade’s peak – would draw as many as five thousand people at a time. In London, one letter of protest to the the Times on the Congo would be signed by eleven peers, nineteen bishops, seventy six members of Parliament, the presidents of  seven Chambers of Commerce, thirteen  editors of major newspapers, and every lord mayor in the country. Speeches about the horrors of King Leopold’s Congo would be given as far away as Australia. In Italy, two men would fight a duel over the issue. British Foreign Secretary Sir Edward Grey, a man not given to overstatement, would declare that ‘no external question for at least thirty years has moved the country so strongly and vehemently’. (p. 2)

How are Movements Sustained?

What Africa needs are people who will give their lives to see things change over a lifetime. I just watched a documentary about a couple who have moved to the city of Goma, the nexus for much of the strife in the Congo. This women and her Congolese husband have started a center to see healing and justice come to the many women who have been sexually abused in the fighting in Central Africa. They are bringing healing to the emotional wounds these women have been scarred by, through the trauma they have experienced . They are training the women in marketable skills to support themselves. They are working to reform the corrupt justice system one step at a time, by bringing perpetrators of these crimes to account one by one. Their lives are a beacon of light pushing back the darkness, one life at a time. They know it takes a generation to change deeply entrenched worldviews and practices.