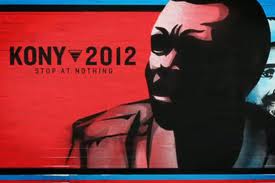 Like many of you, I have been both moved and fascinated by the sudden and rapid growth of the Kony 2012 movement. This movement was initiated by the YouTube film produced by the group Invisible Children and Jason Russell, to draw attention to the plight of children in northern Uganda who have been abducted into the Lord’s Resistance Army. The tactics of the LRA has been to raid villages, kill the children’s parents, and forcibly conscript children into their army. These children are then forced to commit heinous acts. The LRA is led by a despot named Joseph Kony who used to be active in northern Uganda, but is now operating either out of the Central African Republic or the Congo. The hope of Invisible Children is that by making Joseph Kony famous, they can stir up a grassroots movement to put pressure on the powers-that-be to capture Joseph Kony and put a stop to this injustice. As of today, close to a 100 million people, many of them young people, have watched the half hour film, and a grassroots movement towards justice has been born.

I love the conversation starter that this film Invisible Children has become, tapping into the growing movement amongst millenials, those born after 1980, to get involved in social justice issues. So let me start by saying, anything that raises awareness of justice issues and gets the ball rolling is a good thing. Because living out justice is a central tenet of the Kingdom, we should be thrilled at any movement that mobilizes folks to get involved.

Having lived in Niger, one of the poorest countries in the world, and having grown up in Africa, that continent has a special place in my heart.

Africa is rich in both natural resources and in a beautiful tapestry of people that have much to offer the world. I long to see the corrupt and oppressive systems that abuse the people stopped and changed. Though I am no expert on Africa, I understand that lasting change there will not happen simply by throwing money at the problems of poverty and injustice through large NGOs or through being emotionally stirred by a film, as good as that is. It will happen through faulty worldviews being changed one person at a time. It will come as Africans and their friends devote their lives to finding solutions on the ground level to bring healing between longstanding tribal divisions, to develop easily reproducible ways for Africans to support themselves with dignity, to bring access to clean water, education, and health care to all, and slowly develop good governance and a less corrupt justice system.

The beauty of this latest viral justice movement is that very quickly, masses of people are being made aware of justice issues, and being mobilized to some sort of action to stop this injustice. My question is, how can this “viral justice movement” be sustained and address the long term systemic issues, whether that be in the Arab countries such as Egypt or in Eastern Central Africa? 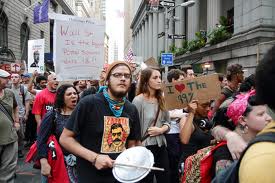 The breeding grounds for these nefarious individuals like Kony are power structures that are deeply entrenched. For every Kony there are at least 100 others like him. There are power brokers behind these men who gain both politically and economically from keeping age old tribal and political conflicts going. Mixed into that are multi-national companies who want to get a piece of the rich resources of gold, diamonds, timber and such, in Eastern Central Congo. These geo-political and economic issues must be understood and confronted as part of the problem.

As a student of movements, and one who wants to learn to catch the wave of movements that further what the Kingdom of God is all about, I will be doing a three part series on some of my reflections and observations on how movements are started and sustained. I will be referring to the Kony 2012 viral movement and other movements as examples.

How Do Movements Start?